The Deputy Grand Mufti Mr. Murat Pingov, in charge of the financial and waqf department at Grand Mufti’s Office, visited Kardzhali at the invitation of the Regional Mufti Mr. Beyhan Mehmed.

The meeting took place on July 22 (Wednesday) at the premises of the mufti’s office. The highly respected guest got acquainted with topics and problems related to the condition of the waqf property in the region and the possibilities for their rational utilization and development. The meeting in the mufti’s office was also attended by the waqf expert Ilhan Mehmed and the deputy regional mufti Mr. Erhan Redzheb.

The Regional Mufti and the Deputy Regional Mufti visited a number of important waqf sites, the newly constructed mosque in Vazrozhdentsi quarter, the commercial sites in the yard of the central mosque of the town of Kardzhali, the waqf estate in the center of the town of Momchilgrad with commercial and residential areas as well as the newly established library for Ottoman literature in RS – Momchilgrad. 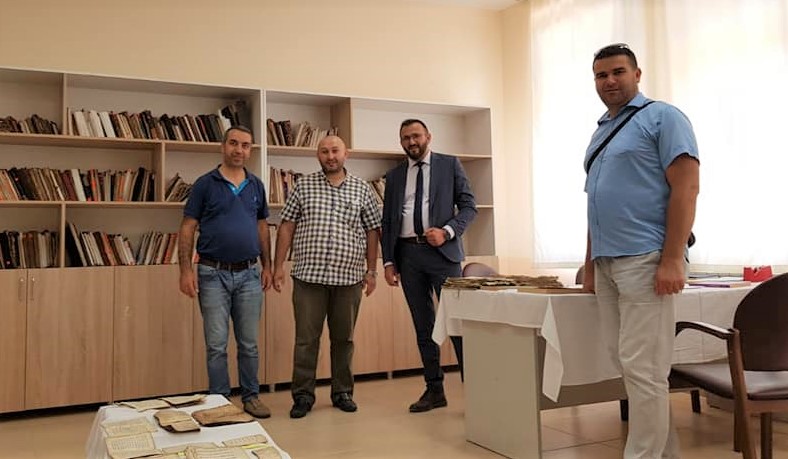