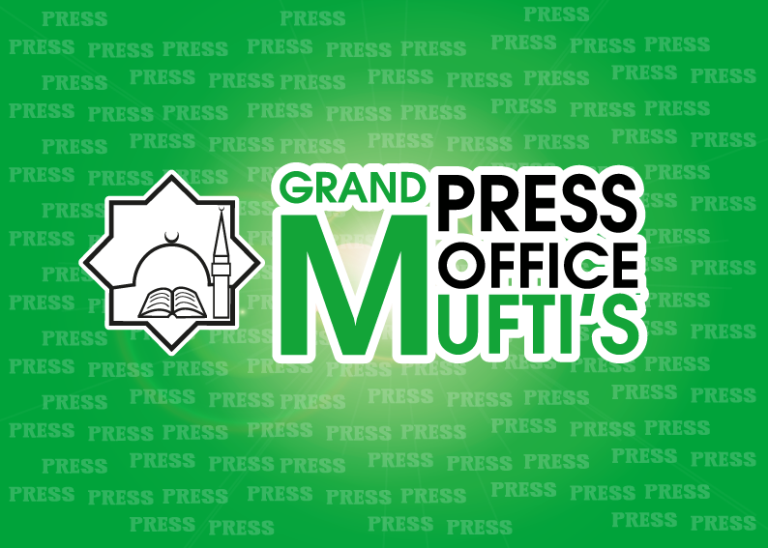 In connection with the news published on the website bgnes, quoted and published also in other electronic media we would like to state the following:

The news for the meeting between the Grand Mufti of the Republic of Bulgaria Dr. Mustafa Hadzhi and the honorable Director of Directorate of Religious Denominations at the Council of Ministers Mr. Emil Velinov, in which is alleged that were discussed political topics, is one incorrect, unacceptable and dishonest yellow new which seeks sensation and disrepute the image of our age-old institution.

Grand Mufti’s Office of the Muslim Denomination in the Republic of Bulgaria holds multiple routine meetings with representatives of the Directorate on Religious Denominations and in particular with its Director Mr. Emil Velinov. Topics of discussions during these meetings are always issues related to the religious life of the Muslims in Bulgaria. The honorable and wise Grand Mufti of the Republic of Bulgaria has always acted in the framework of the legislation and has never allowed topics of discussion to be internal or foreign political unrest.

News of this kind are political provocations on the background of the raised passions before the early governmental elections on 26th of March, 2017. Grand Mufti’s Office of the Muslim Denomination is an official representative of the Bulgarian citizens professing Islam. Through its activity it organizes their religious life and represents them in the country and abroad. In connection with this the headed by the Grand Mufti age-old institution protects the freedom of the religious life of the Muslims in Bulgaria and cooperates with the state institutions for the common welfare of the Bulgarian nation, part of which is the Muslim community. Grand Mufti’s Office dissociates from all kinds of political activities.